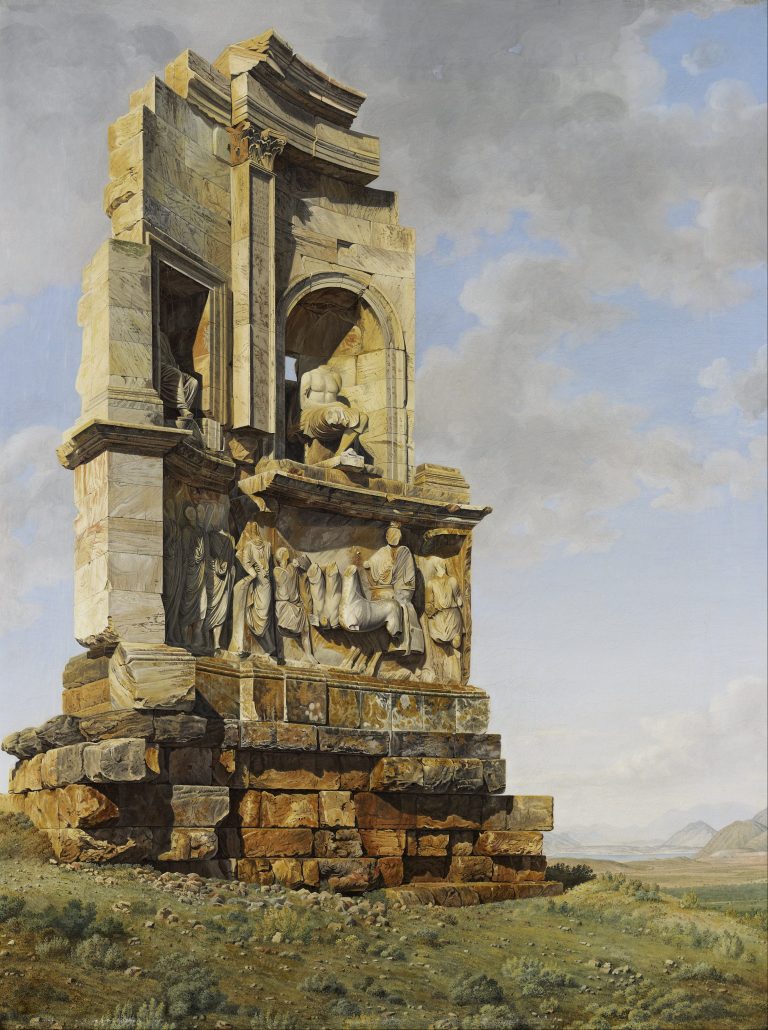 From the National Galleries of Scotland,

In 1799 Lusieri was employed by Thomas Bruce, 7th Earl of Elgin, as his resident artist and agent in Athens, where he remained until his death. Lusieri was closely involved in supervising the removal and transport to Britain of the Elgin Marbles. He is best known for his meticulously detailed, large-scale landscape watercolours. The same exacting technique was applied to this, his only known work in oil. The monument, which survives in more or less this state on the Mouseion Hill in Athens, was erected in 114-116 AD in honour of Gaius Julius Philopappos, Roman Consul of Athens under the Emperor Trajan.

I find that I more enjoy the painting than the monument: